We have our largest event coming up – Trillium War, which this year is themed “Highland Games”. As someone in the SCA (Society for Creative Anachronism) (A historical recreation group) that is working on recreating a Pictish Persona, I decided to do the most I can to embody the theme in my costuming for the event 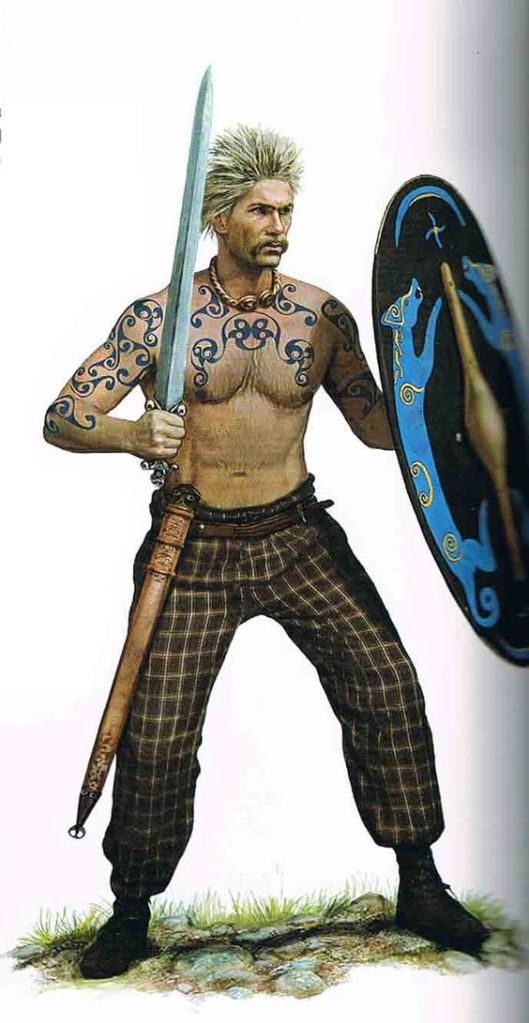 Sadly I currently don’t have trews – plaid pants/trousers, but I’ve got a few things together that I decided would be great to share here so others can try it too.

Diodorus Siculus (A Greek Historian that wrote several books between 60 and 30 B.C. / 9941 – 9971 H.E.) writes in Book V, page 171, (in translation) that Gauls “often wash their hair in a water boiled with lime, and turn it backward from the forehead to the crown of the head, and thence to their very necks, that their faces may be more fully seen, so that they look like satyrs and hobgoblins. By this sort of management of themselves, their hair is as hard as a horse’s mane.”

The insular Brittonic peoples (which include the Picts) sharing the Celtic Culture with Gauls means that they could have done this too. So to mimic this without the risk of caustic effects of a lime wash, I’ve made a water chalk mix to try with my hair. And (because time isn’t in my favor to order and try actual woad in time for the up coming event) I’ve tested out blue chalk and coloring pencil – tips soaked in water, as a substitute for woad. 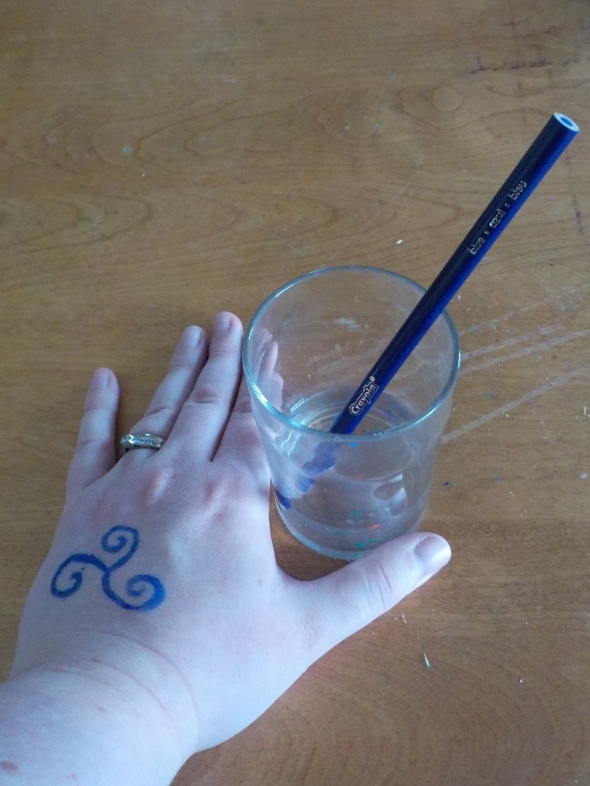 What I found is that I much prefer the results from coloring pencils, but the chalk is much easier to work with. Ideally you’d have a few coloring pencils to rotate through so you don’t have to wait for the recently used one to be soft enough again – and leaving it too long runs the risk of breaking the tip.

When sharing this information, others had shared what they used as alternatives for lime wash and woad. One was “a mixture of eggwhite and flower to simulate the limming effect. Much easier to wash out. It can make a bit of a mess though.“; The other suggested ““clown blue”. It comes in both pencil and compact form. I’ve found it to be an ideal substitution for woad.”

As for what to have for images, I’ve gathered as much relevant imagery as I could find that are straight forward enough to draw effectively on the body:

Original Source of Ravens is unknown – appears to be a modern image done in Pictish style.

Original Source of Rabbit is unknown – appears to be a modern image done in Pictish style. 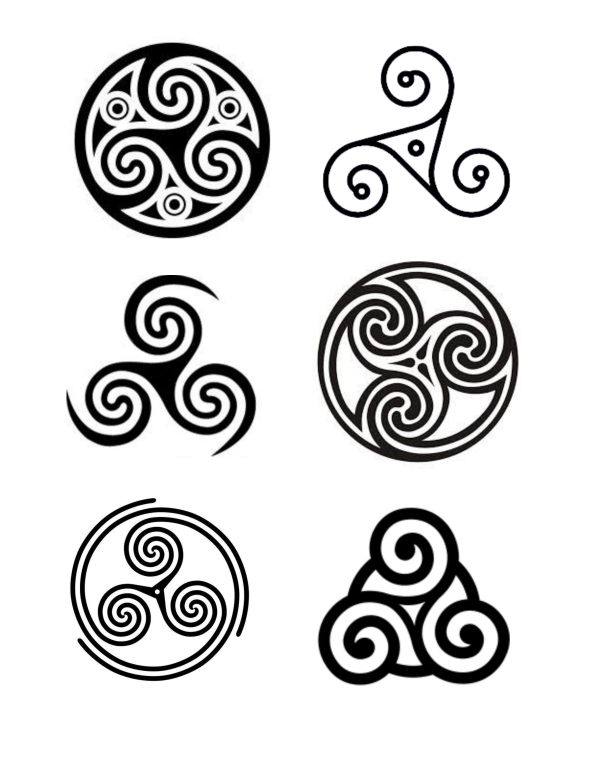 Search Wikipedia “Pictish Stones” to see where these images originate from and look up the National Museum of Scotland to see the artifacts that the other images are from (Search “Pictish”). Paul Wagner & Wayne Reynold’s “Pictish Warrior, AD 297-841” is a fabulous source for these beast images, and more.

Triskelions can be found in the many Celtic books of that time. A great source is, “Celtic Art, The Methods of Construction” by George Bain, page 60-64.