My previous article, ‘Is Seeking A “Deep Religious Experience” Hedonistic?‘ had apparently been misinterpreted as saying that all experiences of ecstasy and transcendence was Hedonistic and bad, even though within that very article I said, “If it is not just about that feeling, then it certainly would not be hedonistic and serves some practical function – which you must determine for yourself if such a function is valuable to you.”

As a response to my article, John Halstead had laid out some functions of Religious Experiences beyond just the sense of Pleasure, and expressed why they were important to him. Seeming to be a counter to what I wrote, but ended up bringing out the point of my piece.

It looks as though the disagreement hinges on the term ‘Hedonism’ and the misinterpretation that anytime pleasure is sought out is Hedonism – it is not. 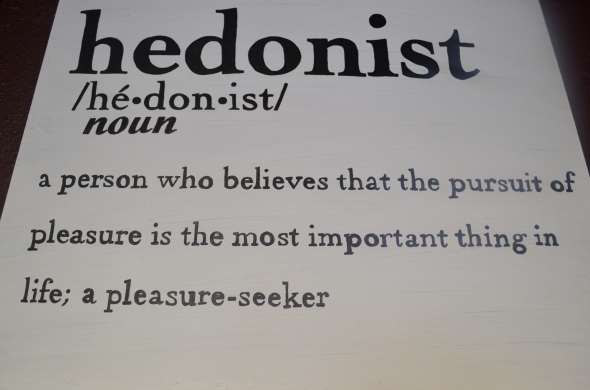 Hedonism is technically, by definition, solely sought out without regard to other concerns, and that is what I was talking about. To periodically enjoy the pleasures of life is a fine thing and should be celebrated, and that indeed is an attractive feature of Paganism. The feeling of pleasure should be a positive thing and not demonized and be a taboo in society. My introductory line should perhaps had emphasized that this was about religious practice where the sole function of a religion was the seeking of ‘ecstasy’ / ‘transcendence’ / etc. – when its intended meaning and result is a sense of pleasure.

My argument was simply that,

Religious Experiences are not necessarily just about pleasure, and can be the sorts that provide the sort of Contentment Love and Fulfillment I describe. And I am certain that there are many more functions for religious experiences beyond what John had mentioned too. I myself am a fan of rituals and ceremonies that cause Religious Experiences of accepting what cannot be changed and empowers us to change what we can:

Example A) Coming to terms with our mortality – especially when mourning – by connecting us to a Bigger Picture of our place in Big History and the Circle of Life. And supporting or initiating works that help ensure that others avoid avoidable demises in their mortality – and through that, experience transcendence in serving something greater than ourselves.

Example B) That there is no magic spell that will instantly change the problems that harm our environment. But helping people feel a Religious Experience of Deep Connection to our ecosystem / environment can motivate numerous people in a ripple effect to act in accordance to the realities of our interconnections in the environment. Much like how Seasonal Celebrations and Ceremonies are intended to function in Paganism and why I founded Ehoah with its associated rituals.

I had not intended to come across in a dissuasive way toward ritual and ceremony that caused a sense of Pleasure. I had merely desired to express my concerns for emphasizing Pleasure as a pinnacle of religious practice and how that could result in Hedonism (pleasure as the sole goal) and how that would be problematic.

Demoing For The Medieval Festival At Upper Canada Village »
« Is Seeking A “Deep Religious Experience” Hedonistic?

2 thoughts on “Religious Experiences VS Hedonism”